Thermography is a wonderful addition to our screening tools. It is safe, painless, contactless, and does not expose the patient to radiation. It provides a way to look at the body and detect imbalances very early in a disease process when they cannot yet be detected by other methods of testing. Early detection offers the opportunity for early intervention and preventative care. 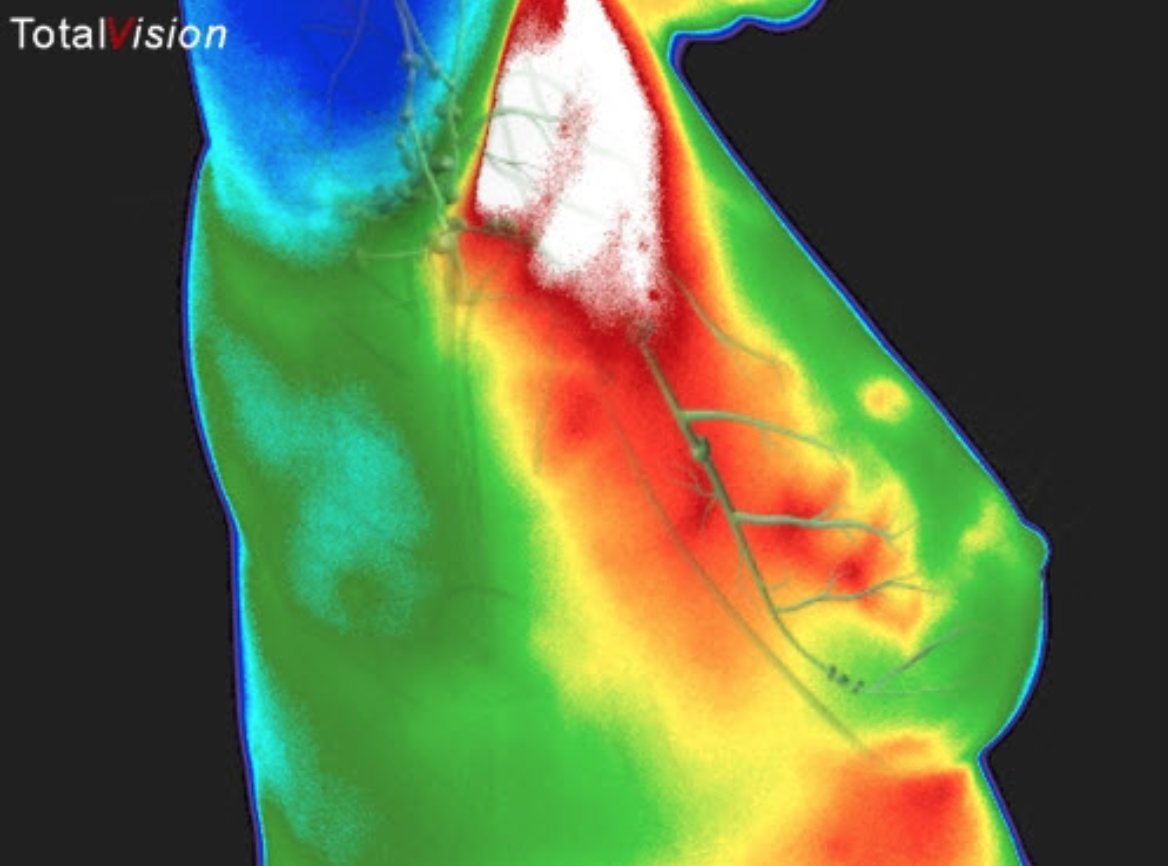 Thermography is an FDA-approved, state-of-the-art medical screening used to identify inflammation in the body. It uses no radiation, compression, injections, or other invasive methods. Instead, it uses an ultra-sensitive, high-definition digital thermal camera to detect surface body heat and translate these findings into images of skin temperature, inflammation, blood flow, and metabolic activity. Inflamation in the organs, nervous system, and immune system are represented as thermal changes on the skin.

Inflammation is the primary indicator that the body is working to heal and repair itself. It is also a precursor to many diseases (cancer, heart disease, diabetes, stroke, arthritis, etc.). Thermography is the only screening tool that provided a digital map of inflammation within the body. Due to its sensitivity, thermography can detect changes or imbalances in our bodies very early in a disease process and this early detection provides the opportunity to treat disease more preventatively.

While it can be used for all parts of the body, thermography is most widely implemented for breast health screening. The procedure is a painless, safe, contactless screening tool that can show breast changes at all stages. Many women are now utilizing this technology to screen their breasts to obtain a baseline, to look for early disease processes, and to track interventions that aid the body in clearing inflammation and disease.

Thermography does not replace mammography. Instead, these tests complement each other.
If cancer is caught and treated in its earliest stages, cure rates can be greater than 95 percent.

Inflammation can point to multiple disease processes and medical thermography is a great indicator of these imbalances. Thermography can screen the following with no radiation, no contact:

What to expect during your Thermography appointment:

IMPORTANT! All information presented in this website is intended for informational purposes only and not for the purpose of rendering medical advice.

Statements made on this website have not been evaluated by the Food and Drug Administration. The information contained herein is not intended to diagnose, treat, cure or prevent any disease.